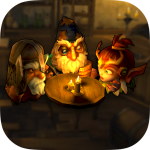 Magic Micro Battle Arena is a small 2-player game for the iPad and is a bit of a test to see if there’s anyone other than me who enjoys a multiplayer game that is easy to pick up and that can be played on a single piece of hardware. It was written in a frenzy – 5 days in total – so I had to cut features to a bare minimum and, because of this, have a ton of ideas that I would like to add to it, given time and sufficient interest.

First and foremost, I want to improve the behaviour of the NPCs and add more options for the player characters – in particular distinct attack types and special abilities for each player character.

Secondly, I have a bunch of ideas for different arenas that adds multiple levels, traps and more game-goals.

Finally, I would like to include a single player training mode and a 2-player co-op mode. 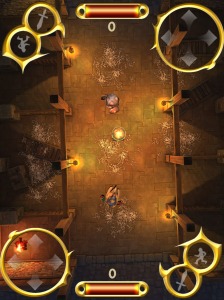